What do people think of assisted living? 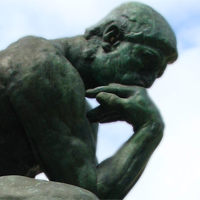 For the past nine years, a team of researchers from the Center for Aging Studies at the University of Maryland, Baltimore County (UMBC) has been studying assisted living settings in Maryland from urban, rural and suburban locales.

With funding from the National Institute on Aging, we have interviewed more than 500 residents, family members and staff members in 17 different assisted living settings, giving us insight into their everyday experiences.

Assisted living came onto the senior housing scene over 25 years ago as an alternative to nursing home care. It sought to create a home-like environment by offering private rooms with a bathroom, a kitchenette with microwave, and locks on the doors. Handrails were discreetly disguised as chair rail molding, and residents were given a choice of entrees at meals.

While the physical structure of assisted living facilities vary greatly — from purpose-built, architect-designed buildings, to converted cinder-block walled nursing homes built in the 1970s, to split-level homes located in the midst of single-family neighborhoods — they all share the desire to be less medical and institutional in appearance and operation than conventional nursing homes.

From our research we’ve found that over and over again, family members, residents and staff talk about assisted living in terms of what it is not — it is not a nursing home. It doesn’t smell like one, look like one, or feel like one, they say.

And yet, as assisted living has matured, it has in some ways become susceptible to some of the same issues nursing homes have faced.

Because people are staying in their homes longer and coming to assisted living older and frailer, dining rooms have become jammed with more walkers and wheelchairs than they were designed to accommodate.

Elevators are crowded — but absolutely essential. And the old ratios of direct care staff to residents are not realistic or perhaps even safe, given the increased needs.

Change is the one constant

In addition to the change assisted living facilities have experienced as they care for higher needs seniors, there are a remarkable number of other changes over time — some planned and some not.

Many people move into a setting with the assumption that things like staff, services, food quality, or the number of people living there will remain the same.

The reality is that each assisted living facility is continually in flux, adapting to changes in ownership, additions to the building, evolving state policies, adjustments in the services offered, and fees charged. Well-liked employees may leave, and fellow residents eventually move or die.

These factors impact how residents experience life in assisted living, both in the short and long term. Because so many of these changes are out of one’s control, many people learn to adapt and accept. For most people, the efforts involved in finding a new place and moving are simply not worth it.

It may be helpful to heed the words of advice from some of the people we have interviewed. One administrator suggests you plan ahead, shop around, ask lots of questions and do the math.

Here’s her advice on choosing an assisted living community:

“Whenever we have anybody come in and tour our facility, as much as they like it, the thing I always tell them to do is make sure you go look at other places. Because at the end of the day whenever, whoever is making that choice, you want to be able to put your head down on that pillow and go, ‘I know what’s out there, at least I think I know what’s out there, and I made the best choice I could.’

“It’s not the world’s easiest or happiest decision. But you can make it easier on yourself and your loved one by at least touring as many places as you can and not falling in love with a place because of infrastructure. A lot of times people try to cover things up with crown molding and bead board.

“Ask as many questions as you can, and when you’re ready to make that move — if it’s not a subsidized facility and it’s a “private-pay” facility like most of them are — sit down with a calculator and try to figure you out how much time are you [likely] to have in that [facility] — because [the total cost is] going to be a big part making the decision.”

Erin G. Roth is a senior ethnographer at the Center for Aging Studies, part of UMBC's Department of Sociology and Anthropology. She has co-authored two books based on the center’s assisted living research: Inside Assisted Living: A Search for Home (2009), http://bit.ly/insideassistedliving, and Quality Assisted Living: Informing Practice through Research, http://bit.ly/qualityassistedliving, (in press). For additional information, see http://bit.ly/centerforagingstudies or contact Erin Roth at eroth@umbc.edu.