What to expect in this year’s travel sphere 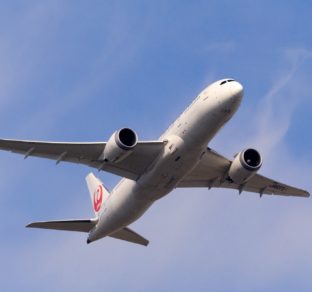 Here are my fearless predictions:

1. The 737 saga ends. All indications are that the beleaguered 737MAX will be back in the air by sometime this summer. And airlines will get them into service quickly: Boeing has around 400 already built, stored and ready to go, pending possible software changes and minor mechanical tweaks. You’ll see lots of new schedules during the last half of 2020.

My take is that when finally recertified, the 737MAX will be as safe as any other transport. That’s what has happened in the past with catastrophic flaws: Once the Martin 202 wings, Douglas DC6 cabin heaters and Lockheed Electra engine mounts were fixed, those planes were as safe as any others.

Still, some travelers will refuse to fly the MAX, and some airlines may offer inducements such as extra frequent flyer miles to try to overcome resistance.

The saga may be over for travelers, but not for Boeing, which suffered a major hit that will take years to overcome. This year, the industry will be looking for Boeing’s response.

2. Efforts to counter “over tourism” will become serious. In a harbinger of things to come, Amsterdam recently hiked its 7% hotel tax by another 3 euros per person per night, and B&B rates by 10%. It already charges day-trip cruise visitors 8 euros per trip.

These taxes are designed to “control the flow of visitors,” not to generate revenue. Look for other popular visitor centers to adopt similar taxes.

3. So will “flight shaming.” Look for more taxes and fees designed to discourage air travel. You’ll see them mostly in countries with robust rail services as an option — that means Europe and Asia.

But they’re likely to be counterproductive. Germany, for example, taxes long-haul flights more than short ones, despite the fact that short-haul travelers have good alternatives while long-haul travelers do not. Feh.

4. No new airlines. I don’t see any important new airlines arising in the U.S. The most anticipated launching — David Neeleman’s new venture — is planned for 2021, not 2020.

5. Consumer issues won’t get anywhere. Regardless of your politics, you have to figure that the current transportation secretary isn’t interested in consumer issues.

DoT has so far ignored congressional and public demands for (1) rules requiring airlines to seat families together without charging extra seat-selection fees and (2) reasonable change fees for international air tickets. I see no reason for that posture to change. And it rigged the test of airline seating so that even the worst crowding could easily pass.

6. Relief from hotel rate deception is iffy. The Federal Trade Commission is unlikely to take any further action against hotels that exclude mandatory resort and other fees from featured prices.

The gold standard for hotel price advertising and posting is WYSIWYP — What you See is What You Pay — and the only way you’ll see that is if one or more of the big metasearch systems of online travel agencies adopts it, either in total or as an option. They can; they’re already doing it in other areas, but so far, not in the U.S.

7. No major rail improvements. This year, China will probably add thousands of miles of new high-speed track, along with countless tunnels and bridges, while the U.S. will continue to dither about two critical tunnels and two bridges near New York.

New York’s huge East Side Access project, under construction since 1969, won’t open until 2022 — if then.

The Bay Area’s Cal-Train electrification won’t be finished until 2021.

Elsewhere, the big-deal London Crossrail project will not open until 2021, Istanbul’s metro to the new airport will remain delayed until at least 2021, and the California high-speed rail project will be stalled.