When will the U.S. economy recover? 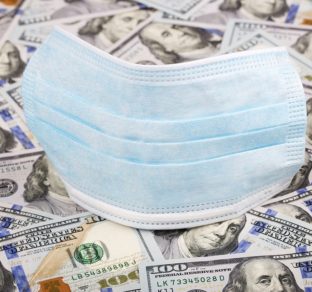 Mark Zandi is the chief economist of Moody’s Analytics. He spoke with Kiplinger’s Anne Kates Smith in a series of interviews on March 26 and 27. This is an edited transcript of their conversations.

Q. What’s your outlook for the economy? How deep a recession do you see?

A: It’s going to be a struggle between now and this time next year. We’re in the teeth of the downturn now. We expect gross domestic product to have fallen 2% to 3% in the first quarter and to fall close to 20% in the second quarter — 18.7%, to be precise.

I’m assuming the virus plays out by the third quarter [from July to September] — not gone away, but no longer closing businesses. We’ll get a double-digit pop in GDP as people go back to work. In the fourth quarter, we’ll get some growth, but the economy will be limping along.

For calendar 2020, I expect U.S. GDP to be down 2.3%. Unemployment should peak in the second quarter at 9%, but on a monthly basis, we could get to double-digit unemployment.

What shape will the recovery take?

We won’t kick into gear until they find a vaccine or a medical treatment that is effective for the virus. Until that happens, I don’t see people traveling; global trade will struggle; and businesses, weighed down by uncertainty, won’t invest or hire aggressively. We’re in the soup, more or less, until we have some solution to this virus.

Is the $2.2 trillion fiscal stimulus enough?

Ultimately, it won’t be enough, but it was a very timely, positive step. It was a valiant effort, and I think it will make a difference. Without it, we’d see a second-quarter decline in GDP of close to 30% — a complete wipeout. Even with the economy down 18.7%, there’s a lot of pressure on the financial system.

The stimulus is designed to generate a pop in economic growth, but then it goes away. We’ll probably need more in the fourth quarter, possibly including more in unemployment benefits, help for the states, maybe more aid to smaller businesses. I suspect there will be a lot of business failures.

Will it take years to recover?

No. If we solve the virus, we’ll quickly get our groove back. There will be pent-up demand, and interest rates will be low. Assuming the finance system is not taken out, we’ll see a period of good strong growth in the second half of 2021 going into 2022 — as long as the script for a vaccine holds true.

What do you mean about the financial system being taken out?

There will be some problems in the financial system that the Federal Reserve can’t control — in the shadow banking system — that might impair the flow of credit to some degree. The shadow system includes the overnight debt-repurchase market, corporate bonds, asset-backed securities, pension funds, insurance, derivatives, payment processors, crypto-currencies — everything outside banks and credit unions.

The shadow system is not transparent, and we don’t have much information about it. If one institution gets taken out, it becomes systemic very quickly, and the shadow system plays a key role in the economy.

For example, the Federal Housing Administration mortgage market is dominated by non-banks. I expect the Fed to set up and provide a credit facility to mortgage banks. It would be cataclysmic if FHA lending got shut down, and ironic, considering the Federal Housing Administration was set up during the Depression to funnel money directly to the mortgage market.

Is the Fed doing enough to keep markets functioning and support the economy?

The Fed is on DEFCON 1 — it’s all in; it has broken the emergency glass. Interest rates are at 0%. They’ve launched infinite quantitative easing to buy every kind of bond they can legally buy, lowered bank reserve requirements and set up all kinds of credit facilities — some new and some used in the financial crisis.

They’re very committed and very creative. They should succeed in keeping the system from cracking up. The risk is that there are fault lines they might not be able to manage quickly enough.

Do you see any unintended consequences from this unprecedented monetary and fiscal stimulus? Could it trigger inflation?

Prices for certain goods in scarce supply will jump, but I don’t expect a broad-based acceleration in inflation. Demand for goods and services has been hammered, which will weigh on prices.

What about the increasing debt load, for the federal government and for companies?

Government deficits and corporate debt will surge, but this is a problem for another day. Governments need to use all their resources to address the health and economic crisis. If they don’t, we will suffer an economic depression, creating fiscal problems that are much worse.

One lesson we can take from this dark time is that in the good times we should work hard to reduce deficits and debt.

Will 0% interest rates be the new normal far into the future, depressing returns for savers?

Yes, I expect 0% short-term interest rates through at least 2021, and likely longer. After the financial crisis, the Fed didn’t begin raising rates from zero at the low end of the range until the unemployment rate was falling through 5%. That’s at least two years away.

Is there any ammunition left for further crisis, or the next crisis?

We have ammunition, but not nearly enough to feel good about it. As soon as we are on the other side of this crisis, we should work diligently to get our fiscal house in order.