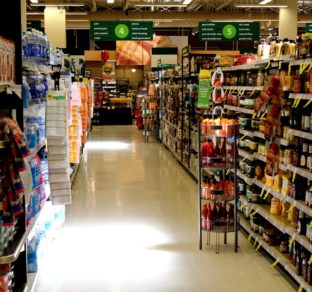 Some researchers have been speculating for years that certain commonly used food additives may be contributing to the uptick in obesity and diabetes.

Now, research from Harvard University shows that a commonly-used food preservative, and one generally recognized as safe (GRAS), appears to contribute to both insulin resistance and high blood sugar.

That has added new weight to suspicions that some food ingredients may have unforeseen impacts on our health. The findings were published online in Science Translational Medicine.

The researchers looked at propionate, a short-chain fatty acid frequently used as a mold inhibitor and anti-browning agent in foods manufactured to have a fairly long shelf-life.

These researchers found (in both mice and in humans) that propionate, when added to meals in amounts that might be normally consumed, triggered a cascade of metabolic events that led to increased production of sugar by the liver, further leading to elevated levels of insulin.

“So, these signals, which are usually activated during fasting to support the energetic demands of the body, are stimulated inappropriately during a meal that contains propionate,” said study lead author Amir Tirosh, M.D., Ph.D., associate professor of medicine at Tel Aviv University in Israel.

Propionate has been assessed by the FDA for its potential to cause birth defects, cancer and weight loss, and found to be safe in those regards. Hence, its designation as GRAS.

However, the FDA does not require GRAS-classified food additives to be tested for any metabolic effects, said Barbara Corkey, Ph.D., director of the Obesity Research Center at Boston University School of Medicine.

“None of them has been looked at as potential causes of obesity. Many of them have not been properly tested on any kind of metabolic disease,” she said.

Used in broad range of foods

In addition, the ingredient can be found in sports drinks; diet foods and beverages; commercially prepared salads such as potato salad; condiments such as vinegar and mustard; soups and sauces; dried or otherwise processed mushrooms, beans or seaweeds; and nut butters. It’s also used in animal feed and grains.

It’s important to note that if an ingredient is added to a food (not found naturally), it must be listed on the ingredients label. In the case of propionate, look for these names: calcium propionate, sodium propionate, propionic acid, calcium salt and calcium dipropionate.

It’s true that propionate is found naturally in some foods, such as aged cheeses, where it helps to retard mold growth. However, the amounts are extremely low and unlikely to result in deleterious metabolic effects, Tirosh said.

He believes these new findings warrant further investigation into propionate and potential alternatives that could be used in food preparation.

But both he and Corkey agree that one way to eat healthier is to work to limit intake of processed foods.