How cooking helped me cope with Mom 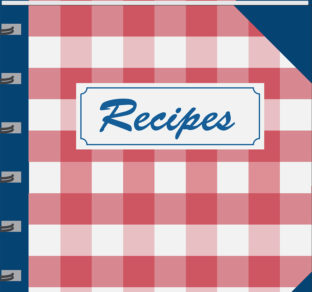 The following is excerpted from the new book, The Lost Kitchen, by Miriam Green. In it, the author shares family recipes and discusses her mother’s Alzheimer’s and how it affected her family.

Those early months were difficult. I didn’t want to believe the diagnosis. If I was being honest with myself, though, I knew with certainty that Mom had Alzheimer’s.

I was not prepared for the disarray that Alzheimer’s brought into our lives. I didn’t realize the extent to which every emotion I displayed would be amplified in Mom’s behavior.

I couldn’t grasp fully that Mom had entered an alternate reality where her unchecked and discordant emotions often burst out indiscriminately. I had to keep reminding myself that Mom was blameless, that it was the disease affecting her…

It took a slow while, but eventually I found ways that helped us minimize the confusion. It had to start with my own behavior.

It meant acknowledging Mom’s reality, listening patiently to her often incoherent statements, bringing her into conversations instead of talking over her head, assuaging her anger, tamping down my own anger, finding ways to make her laugh, being in the moment and loving her unconditionally.

Through it all, as a way to cope, I have stationed myself in my kitchen and focused on cooking. I have become a more adventurous cook, incorporating family recipes that I learned from Mom into our daily cuisine and borrowing from the culture around me.

Mom, my greatest teacher, has taught me how to love and laugh in a world that is often confusing and painful. She has unknowingly encouraged me to give of myself and to express as best I can the advice I’ve learned about Alzheimer’s. I hope that it can help others who are caring for loved ones no longer in their prime but still loved, still wanted and still needed.

Whatever you do, however you approach this illness, be it your spouse or parent who is affected, give them as much love as you can even when they’ve forgotten who you are. Do it for them. Do it for yourself. One meal at a time.

When the kids ask me what’s in the soup, I reply like Mom taught me: “Everything but the kitchen sink.” I make variations of this soup all the time, depending on what I have in the house.

The basics are a can of crushed tomatoes, a plentiful amount of vegetables and a cup of lentils. I’ve been known to add cabbage, spinach, broccoli, even peas.

In a large pot, sauté onions and garlic in olive oil until onions become translucent. Add vegetables and spices. Cook an additional five minutes. Add the lentils and barley (if using). Add water. Bring soup to a boil, then cover and simmer on low heat for at least an hour.

Mom had given me this recipe many years ago written out in her own hand. When I read the recipe, it reminds me of her fragility.

Coat each chicken piece in a thin layer of flour by dredging it in a small bowl of flour. Place in baking pan.

In separate bowl, mix pineapple and other ingredients, including juice from the pineapple. Pour over chicken and bake covered at 350 degrees F for one hour. Uncover and bake another fifteen minutes until browned.