Some, not all, weight fluctuation is normal 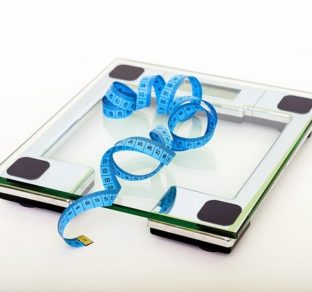 A person should strive to maintain a consistent healthy weight throughout life. Fluctuation in large amounts throughout your life — that lose-gain-lose-gain cycle so many of us experience through so-called “yo-yo dieting” — can tax the cardiovascular system, set the stage for diabetes, slow metabolism, and make it increasingly more difficult to lose weight.

As if that’s not enough, it can permanently stretch skin out of shape (yes, permanently), which worsens as you age. Exercise cannot bring it back once it reaches that stage.

“The expansion and contraction of the skin is what plays havoc,” Alan Matarasso, M.D., clinical professor of surgery at the Hofstra/Northwell School of Medicine told Health.com.

Weight fluctuation also increases your chances of a heart attack. In fact, many medical doctors advise patients who have had cardiac surgery to report any daily weight fluctuation of two pounds or more immediately.

“For every one and a half- to two-pound change in weight fluctuation, the risk of any coronary or cardiovascular event was increased by 4%, and the risk of death by 9%,” Sripal Bangalore, M.D., an interventional cardiologist said about a recent study on TheCardiologyAdvisor.com.

People normally experience weight fluctuation throughout the course of a day. That change can be as large as four or five pounds, mainly due to fluids and salts. (Read some weight-loss forums, however, said Livestrong.com, and you may hear about weight fluctuation up to 10 pounds; if you’re experiencing that, you should seek help from a doctor).

Most of us weigh the least amount in the morning, after we void, and the most at the end of the day, especially if we eat a big, late dinner.

“Since most of us can’t eat enough in a day or two to actually gain five or 10 pounds, if you notice a dramatic increase on the scale, chances are it’s due to water,” said Anita Petruzzelli, M.D., doctor for BodyLogicMD, in an article in Shape.

“Eating, drinking, urinating, having a bowel movement and exercise can all impact your body’s water composition and therefore weight,” she said. True weight gain or loss takes time.

“In the summer, body weight can go up by several pounds due to increased body water. This is accomplished through fluid-conserving hormones such as aldosterone, which allows the kidneys to retain more fluid and reduces the amount of salt in sweat, a measure that also aids in water retention.

“The increase and stabilization of total body water can only be accomplished by continuing to exercise in hot weather, and will not occur in people who spend most of their time indoors in air-conditioned environments,” explained John Castellani, a researcher in the Thermal & Mountain Medicine Division of the U.S. Army’s Research Institute of Environmental Medicine on ScientificAmerican.com.

Several medical procedures commonly have weight fluctuations as a common side effect. Though there are several factors involved, water retention (edema) is a major contributor to postsurgical weight changes.

The bottom line is, weight fluctuations are impacted by several factors, some that are within our personal control and some that are not in our hands.