Time to rethink how we study Parkinson’s 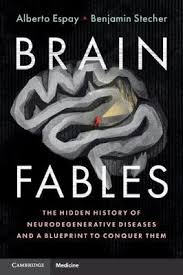 By Alberto Espay and Benjamin Stecher Posted on September 15, 2020

A decade ago, one of our colleagues was asked at a conference, “When will we have a cure for Parkinson’s disease?”

Our colleague’s optimism was well-founded. Talented researchers were hard at work in laboratories throughout the world, and money was pouring in from governments, the pharmaceutical industry, and foundations large and small. The Michael J. Fox Foundation had become a force that was determined to take down this progressive, degenerative disease.

Even better, we knew the targets we were aiming for (or so we thought). Parkinson’s disease was caused by abnormal aggregation of proteins in certain parts of the brain, called Lewy bodies, and the loss of brain cells that produced dopamine in a small part of the brain called the substantia nigra.

But after a global investment of over $100 billion, our optimism is tempered. We have no cure to celebrate. Worldwide, 7 to 10 million people suffer from Parkinson’s.

Every day people suffering from tremor, slowness, stiffness and balance problems come to us for care. We manage their symptoms with medication ($2,500 per year) or surgery ($100,000), but these are temporary fixes. We have yet to find an effective therapy that slows or modifies the steady march of disability.

It is time to rethink our approach.

Trials should be targeted

We have spent decades explaining the failures of clinical and surgical trials to slow the disease by pointing to shortcomings on technical issues or assuming that we need to study people at earlier and earlier stages. At the same time, we have not questioned the target of those trials.

Overwhelming evidence suggests that Parkinson’s is actually a syndrome — a group of symptoms that cluster together but have different causes.

To make matters more complicated, not all patients have all of these symptoms. And if there are many types of Parkinson’s disease, one therapy cannot cure them all.

It is time for the field of neurodegenerative diseases to take a lesson from other fields of medicine and embrace precision medicine — the matching of treatments to biological disease subtypes and the rational use of a multidrug approach for each.

The treatment of a patient with breast cancer, for instance, cannot be determined until genetic mutations are identified and receptors are tested. Curing a child with leukemia would not be possible without the ability to use two or more chemotherapy drugs.

Understanding Parkinson’s diseases according to their molecular subtypes is to see the individual trees in the forest; to see that each subtype requires a different treatment, or even a combination of treatments; to see that one or more of these subtypes may cause symptoms characteristic of both Parkinson’s and Alzheimer’s diseases; to begin to rethink autopsy studies that have found a high incidence of concurrent Parkinson’s and Alzheimer’s pathologies in certain groups of patients, and to start the hard work of finding precise biomarkers that will enable us to finally properly define the various subtypes of Parkinson’s.

One size doesn’t fit all

It is humbling to report that, after all these years, we have biomarkers for only a few, rare genetic forms of Parkinson’s, but none for the subtypes that afflict the vast majority of patients.

The field has erred by trying to attach biomarkers to symptoms in patients who already have been diagnosed as having Parkinson’s. It is the reverse model — biomarker first, diagnostic subtyping second — that may best inform clinical trials that test new therapies.

Because we have used a one-size-fits-all approach to research, assembling clinical trials for all patients rather than for molecular subtypes, we have seen the failure of dozens of trials of promising treatments over the past three decades.

We can only acquire true biomarkers by studying large, aging populations. We need the equivalent of Framingham — the landmark study that revealed high blood pressure and high cholesterol as biomarkers of heart disease.

This new approach will require public–private partnerships and data sharing across the globe. It also will require the adoption of flexible clinical trial designs that allow a combination of drug treatments in smaller but well-defined subsets of patients.

Future clinical trials may be conducted not in hundreds or thousands of people with Parkinson’s, but rather in dozens of biologically homogeneous patients who share a specific biomarker. In this setting, a cocktail approach may also be needed, as in cancer treatment, to target more than one mechanism of disease.

The transition will require fortitude. We will need to accept that the first proven therapy that protects brain cells may work for fewer than 5% of those assumed to be facing Parkinson’s or Alzheimer’s.

The reward will be our ability to practice true precision medicine for our patients. And it will renew our optimism that diseases of brain aging can someday be slowed and potentially cured — one subtype at a time.

This is an excerpt from the book Brain Fables: The Hidden History of Neurodegenerative Diseases and a Blueprint to Conquer Them, published by Cambridge University Press. For more information or to buy the book for $19.95, visit http://bit.ly/brainfables.