Who should be screened for cervical cancer? 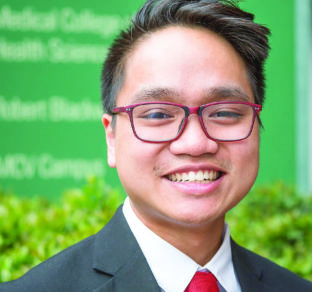 Q: A friend’s mother was diagnosed with cervical cancer. Should I be worried about this, too?

A: Cervical cancer occurs when there is uncontrolled cell growth that starts in the cervix. Sadly, more than 13,000 women in the United States are diagnosed with invasive cervical cancer every year.

More than 20% of cases of cervical cancer are found in women over 65, according to the American Cancer Society (ACS).

A recent study by the Centers for Disease Control (CDC) found that older women up to age 80 are as likely to contract cervical cancer as younger women. In addition, the study found, “Cervical cancer incidence rates increased with age and were higher for black women than white women.”

Since January is Cervical Health Awareness Month, now is a good time to be considering the topic. The good news is that cervical cancer is one of the most preventable types of cancer, being largely caused or boosted by a virus for which we have a vaccine.

The human papillomavirus (HPV) is the most common type of sexually transmitted infection. Although it is harmless in most cases, it can lead to genital warts or cervical cancer.

The risk factors for cervical cancer include: having human immunodeficiency virus (HIV), smoking, long-term use of oral birth control, giving birth to three or more children, and having multiple sexual partners.

The ACS recommends that the two most important things to do to fight cervical cancer are to get the HPV vaccine if you are younger than age 45 and/or to be screened regularly by medical professionals for signs of cervical cancer.

Q: Is the HPV vaccine for everyone?

A: No. The Advisory Committee on Immunization Practices recommends that children aged 9 to 12 get vaccinated. Children and young adults aged 13 to 26 who have not been vaccinated, or who have not received all doses, also should be vaccinated as soon as possible.

Adults aged 27 to 45 should discuss the vaccine with their healthcare providers. Recent data has shown that a small population may benefit from late vaccination.

Q: What screenings should I get?

A: The two screenings recommended by the ACS are:

—Pap test: looks for “precancerous cells” on the cervix that may become invasive if not treated, and

—HPV test: looks for human papillomavirus, which can cause the precancerous cells on the cervix to become invasive.

The CDC recommends that women be screened every three years until at least age 65. As its website states, “The only way to know it is safe to stop being tested after age 65 is if you have had several tests in a row that didn’t find cancer within the previous 10 years, including at least one in the previous five years.”

Q: What else do you recommend?

A:  As stated before, one modifiable risk factor is smoking. If you need smoking cessation help, reach out to your healthcare provider or local pharmacist. You can discuss your needs for vaccination and screenings with them as well.

Joel Castillo is a fourth-year Pharm.D. student at VCU School of Pharmacy. He majored in chemistry at Virginia Commonwealth University. After graduating from pharmacy school, he hopes to pursue a career in ambulatory care pharmacy, emergency pharmacy or oncology pharmacy.