Amateur artists honored by Fifty Plus 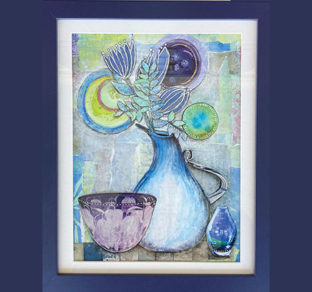 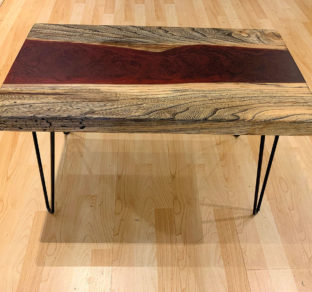 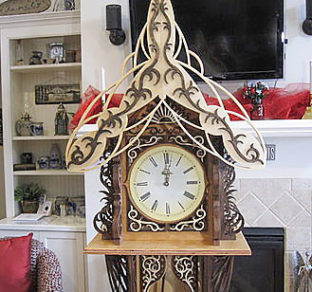 From wood sculptures to paintings, artwork from the Richmond area poured into this year’s Celebration of the Arts amateur art competition sponsored by Fifty Plus and its sister publication, the Beacon. Our seven judges, experts in their categories, selected several local artists for honorable mentions.

As a child, Cathe Hart Kervan was always busy making crafts. That’s no surprise, given that she comes from an artistic family. Her mother was a watercolor artist, and her brother is an accomplished pen-and-ink artist who teaches art to high school students.

As a college student, Kervan studied crafts, with a focus on weaving, knitting, pottery and jewelry making. After graduating from Virginia’s Ferrum College, she started a career in PR and marketing, which enabled her to tap into her interest in photography.

“I was able to be artistic in my career,” Kervan said, “but my hands-on artwork was put on hold.”

When she retired 10 years ago, Kervan started making art again. “I played around with any kind of artwork that interested me,” she said.

Now, with a decade of experience, she has a new sense of self. “At 64 years old, I feel like an artist, and I’m going to call myself an artist,” Kervan said.

Kervan particularly enjoys mixed media, putting together different materials in a montage. The work that won an honorable mention, “Blue Vase,” is a mixed-media collage.

“I start out with the background and then layer on top of that,” Kervan said. “The trick is figuring out when to stop.”

Kervan’s inspiration often comes from the outdoors. “I’m attracted to spheres and spirally things,” she said. She’s also interested in the colors of nature, particularly the sky, sunlight and trees.

While she sometimes sells her work, she primarily makes art for herself or to give as gifts.

Kervan is also an avid photographer. She focuses on candid portraits of family and friends as well as close-up images of flowers, which appeal to her in part because of their circular shapes.

For Kervan, art is an escape. “I like to lose myself in whatever is forming in front of me,” she said.

A few years before Jerry Harvey, 78, retired from more than 30 years as a U.S. Army dentist, he discovered a hobby that eased him into a new stage of life: woodworking.

Over the years, Harvey has made bowls and vases and the majority of the furniture in his house, including coffee tables, Windsor chairs and a dining room table.

“I do woodworking for personal enjoyment,” Harvey said. “This is strictly a hobby for me.”

Harvey said he spends 10 to 20 hours a week woodworking. The project that led to Harvey’s honorable mention recognition took about 20 to 30 hours to complete.

He spent much of the time processing the wood. “Most slabs are pretty rough,” Harvey said, “so I have to shape them, polish them, and put on the finish.”

For “River Table,” Harvey used Italian olive wood, which he divided in half. He filled in the space between the two parts of the slab with an epoxy resin that flows through the middle, curving and winding like a river.

While Harvey does woodworking more for fun than for profit, he sells some of his work at Art Works in Richmond. His wife, Pat, sells her paintings there as well.

In addition to woodworking, Harvey takes advantage of the opportunity to audit classes for free through John Tyler Community College. “I’ve audited 120 hours of classes over the last 10 years,” he said.

Harvey particularly enjoys taking classes in subjects he didn’t have the chance to study when he was preparing for dental school.

“Philosophy is my favorite,” he said, but he has also taken classes in art, history, ethics and religion. “Taking classes keeps my mind working,” Harvey said.

After spending three decades running party and event planning stores, Chris Ruch, 66, needed a new hobby. His father had done scroll-saw woodworking, so, after he retired about 10 years ago, Ruch went to trade shows to learn how to do it, too.

Since then, he has made numerous projects from his house on Lake Gaston, including boathouse signs for his retired friends and neighbors as well as wall hangings with scenes of the lake.

In the winter of 2018, Ruch spent more than 100 hours over three months creating the “Morningside Grandmother Clock” that won him honorable mention in the Celebration of the Arts contest.

“I like to do one big project in the winter,” Ruch said. “In the summer, I’m busy playing golf outside.”

For this clock, Ruch used pine, walnut, red oak and Baltic birch purchased from Home Depot and his supplier in Wisconsin. He created it with the hopes of finding a buyer.

“My wife said we couldn’t keep it because we already have three grandfather clocks in our house,” Ruch said. Fortunately, he said, “My neighbor fell in love with it.”

Much of the work Ruch creates is sold at craft shows (which have been put on hold because of the pandemic), via word of mouth or on commission. “I find custom work the most enjoyable,” Ruch said.

Ruch created one work his wife won’t let him sell: a beautiful wine and liquor cabinet made from an antique pipe organ from the mid-1800s. “That piece is staying in our house,” he said.

To view all 600 entries in the Celebration of the Arts competition, visit theBeaconNewspapers.com/cota2020.