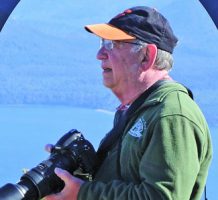 Photos capture the world of the winged

This photo of two puffins is part of the exhibit.Photo by Jerry WeinsteinThe mother has just flown in on beautiful blue-violet wings to feed her open-beaked fledgling, who actually looks perturbed, perhaps at a long waiting time for the meal.The avian scene of the lilac-breasted rollers, caught last year by Columbia photographer Jerry Weinstein with his Nikon D800 at the Maasari Mara Game... READ MORE 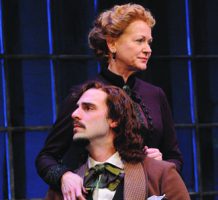 As any theater student can attest, 19th-century Norwegian playwright Henrik Ibsen was not known for light fare. Ibsen challenged the repression of the Victorian age, the morals of family life, the traditional roles held by men and women in society — the stuff of stuffy university English Lit term papers.Yet Ibsen has been lauded as second only to Shakespeare as a playwright. His... READ MORE 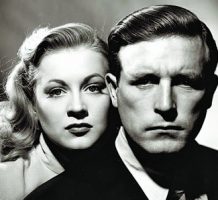 Dillinger with Lawrence Tierney and Anne Jeffreys Something surprising at the Arthur Lyons Film Noir Festival in May is a “New film, only 25 years old,” which by Alan K. Rode’s standards is fresh from the movie theater.Writer and film historian Alan K. Rode is in his eighth year as producer and host of the Film Noir Festival. Founded by the late crime fiction writer... READ MORE 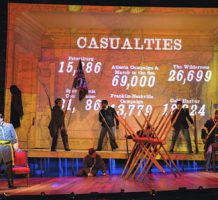 The temptation to begin this review with the old adage about not learning from history and thus being doomed to repeat it is overwhelming.The history in question is not the Civil War, even though the show is titled, Freedom’s Song: Abraham Lincoln and the Civil War. No, at issue is the history of producers and writers who set out to amend or improve a show, but end up making the same... READ MORE 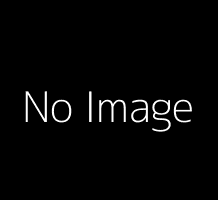 It’s all systems go for the rocket scientists, systems engineers and cyber defense guys and gals at the Applied Physics Laboratory in Laurel for the launching of their next theatrical production, Fools: a Comic Fable by Neil Simon.   The scientists, engineers and others, all members of the APL Drama Club, will temporarily leave their spacecraft plans and microscopes to tread ... READ MORE 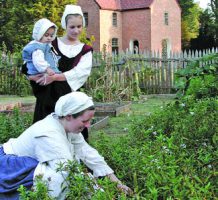 In 1634, a new English colony — named St. Mary’s City by its settlers — was founded in the northern Chesapeake. The English crown granted the land to Cecil Calvert, Lord Baltimore, but in 1688 a revolution in England overthrew King James II.As a result, the Calverts lost control of their land charter, Maryland became a royal colony and, as religious freedom ended, the... READ MORE