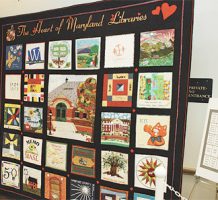 It takes a village to make quilts like these

The history of American quilting is nearly as old as the history of the United States itself. Quilting originated in the Colonial era when women of a community would come together to make quilts by hand.Though modern technology has given individual quilters the option of sewing by machine, the tradition of hand-sewing quilts in quilting circles — groups of people (usually women)... READ MORE 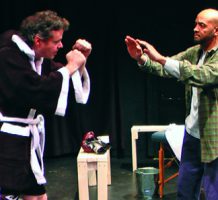 Rod Serling was one of the best writers television has ever had. His keen eye for unique characters and situations, combined with sharp and incisive dialogue, was first put to good use in what is often called the “golden age” of television.Those were the early years of the medium, the 1950s, when much of the programming was live and featured original, New York-based drama.Those... READ MORE 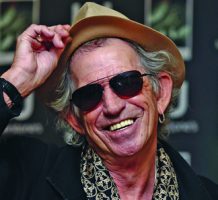 ‘Life,’ according to the Stones’ Keith

Mother Nature knows how to welcome Keith Richards.The afternoon is sunny minutes before Richards is to be interviewed at his manager’s office in downtown Manhattan — a veritable Keith shrine with posters and pictures on the wall, and a director’s chair with his name on it, ready for him to be seated.At the top of the hour, the clouds darken. The door swings open and the... READ MORE 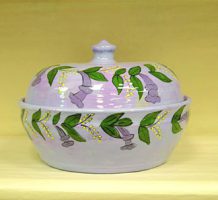 Every Wednesday and Thursday, mornings and afternoons alike, the residents of Keswick Multi-Care Center in Baltimore have the opportunity to participate in a creative arts program that is at once both a form of recreational therapy and an artistic outlet.The program began in 1997 when local artist and teacher Joan Kelly proposed the idea to Keswick. Kelly began by taking a cart filled with... READ MORE 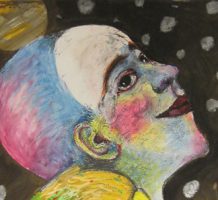 Born in Baltimore in 1926, Joan Erbe grew up in Windsor Hills on the West Side. Her father, a coffee salesman, often took her to circus side shows, where father and daughter were soon on a first-name basis with many of the circus “characters.”When at home, her mother always encouraged her to create, and when young Joan would sigh, “I’m bored,” her mother would... READ MORE 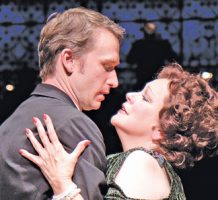 Andrew Lloyd Webber’s Sunset Boulevard has had mixed success on the stage, though it did win the 1994 Tony Award for best musical on Broadway. It has never played Washington before.But now, thanks to years of effort by Signature Theatre’s guiding light Eric Schaeffer, it is here, and the wait has been worth it. The sumptuously staged and dazzlingly performed musical shows that... READ MORE 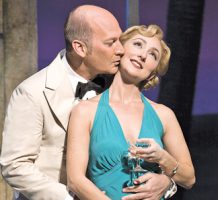 Rodgers & Hammerstein were masters of the memorable, hummable musical. And among their most hummable is South Pacific, the 1949 hit based on James Michener’s Pulitzer Prize-winning Tales of the South Pacific.The musical’s 2008 revival on Broadway won seven Tony Awards, including best revival, best director, best set, costumes, lighting and sound, plus a special posthumous... READ MORE 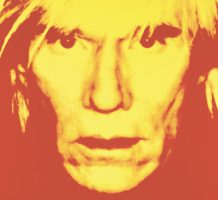 Andy Warhol: another 15 minutes of fame

There’s still time to catch the Andy Warhol exhibition at the Baltimore Museum of Art (BMA), and it’s well worth the visit. On view through Jan. 9, the exhibition features more than 50 works the legendary Pop artist painted during the last decade of his life. Warhol died in 1987.Having once declared that “painting is old-fashioned,” Warhol returned to the medium in... READ MORE 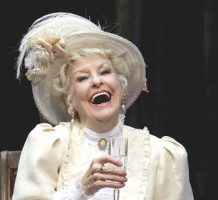 Elaine Stritch returns to Broadway at 85

Elaine Stritch wants to tell an embarrassing story. And when Elaine Stritch wants to tell a story, you listen.“I have no secrets,” the 85-year-old Broadway legend said by way of introduction. She is sitting at a makeup table getting her eyes done a few hours before a performance of A Little Night Music at New York City’s Walter Kerr Theatre.A few days ago, Stritch begins,... READ MORE 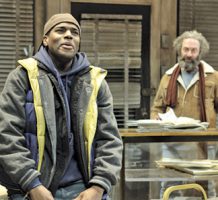 The work of playwright Tracy Letts is subversively complex. And with his latest work, Superior Donuts, now onstage at Studio Theatre, he proves himself stylistically adept, as well.All of us who thoroughly enjoyed his scathingly witty August: Osage County, the Pulitzer Prize and Tony Award (best play) winner that came to the Kennedy Center last year, might have thought we had a handle on... READ MORE