A workshop for jazz singers 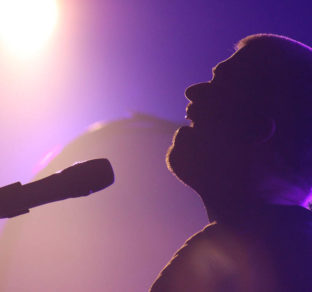 Image by akd835 on Pixabay
PRINT

In 2008, when the Jazz Workshop was in its early stages, director Paul Pieper realized some students didn’t play any instrument at all; they were singers. So Pieper enlisted a colleague, jazz pianist Chris Grasso, to teach a session for vocalists only.

Now, almost a dozen years later, the jazz singer subgroup is still going strong. Every Thursday, Grasso meets with three groups for a two-hour session, where each vocalist gets a chance to perform three or four songs. Grasso also invites guest instructors once a month, including local jazz singers like Sharón Clark, Lena Seikaly and Paige Wroble.

Who shows up for the Jazz Vocal Workshops? “We have people from their 20s through their 70s,” said Grasso. “Some of the younger singers know a lot less about jazz because it’s not the music they grew up with. Whereas I have one singer in my class who’s been listening to jazz for 50 years. He was in high school when ‘Kind of Blue’ was popular.

That’s the draw for singer Jenny Igoe, a 10-year veteran of the Workshop. “When I hear another singer have a breakthrough, when I watch someone else get a concept or when I finally get a concept…is when it pays off.”

A longtime musician who started a band in the 90s, Igoe saw an ad in the CityPaper for the Vocal Workshop. “I thought, ‘I don’t think I’ll be any good at this, but I’ll give it a try,’ and just absolutely fell in love with it,” said Igoe, now 47.

Students learn the classics — but with a twist. “We try to teach people not to learn someone else’s interpretation of a song, but to teach people to learn the heart of the song, how to make the song their own,” said founder Pieper.

“Some of the experience of being in the Vocal Workshop is simply absorbing the repertoire, learning the great jazz tunes” by Ella Fitzgerald, Sarah Vaughn and Frank Sinatra, Pieper said.