Local author draws on her own childhood 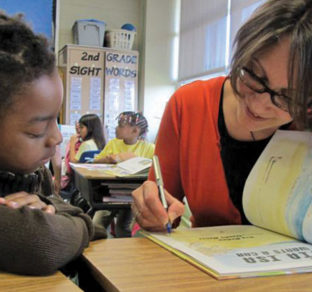 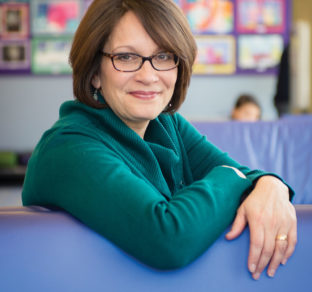 Their story, their ethnicity and their skin color are at the core of Medina’s mission: to bring to life the experiences of under-represented youngsters in children’s books. Medina wants to give young readers “full representation,” she said.

Medina, 57, is a New York Times best-selling author and winner of several awards, including a Newbery Medal. Most of her stories are rooted in her own childhood growing up in Queens, New York, as a bilingual Cuban American.

In Medina’s young-adult fiction, the main character is usually a Latina, and the story weaves together the girl, her family and her culture.

One of her eight books, Mango, Abuela and Me, explores how a girl and her grandmother bond, though they speak different native languages.

In Merci Suárez Changes Gears, sixth grader Merci and her family face the reality of grandfather’s debilitating Alzheimer’s disease. The book won the Newbery Medal in 2019.

While Medina’s books are built around growing up Latino, she does not see this focus as a narrow niche. These are universal stories told through the lens of Latinx families, but they are about the longings, obstacles, loneliness and fun of growing up that all youngsters face.

“The idea is to increase literature for kids from all different vantage points,” she said. “It’s the literature of all of us.”

Medina compares the underpinning of her books to a clave — a repeated rhythmic pattern, sometimes likened to a heartbeat, used in Cuban music. The same underlying themes resonate from book to book, she said.

Medina’s parents emigrated to the United States from Cuba in the 1960s, and she was born in Alexandria, Virginia.

The trauma of adjusting to a new country strained the marriage, and when her parents divorced, she, her sister and mother moved to New York City, where a cousin helped them resettle.

Medina spoke both Spanish and English at home, went to elementary and middle school in Queens, and in high school lived with her father in Seekonk, Massachusetts.

After high school, she earned a degree from Queens College, the City University of New York. She worked as an English teacher and then a freelance journalist, always enjoying writing.

“Writing was a dream in my pocket,” she said. But eventually she decided to try writing books.

“It felt scary at age 40, worrying about three children, the mortgage and meals,” Medina said. But with her husband’s support, she quit her job to write her first novel.

She wrote for a year and half and searched for an agent for six months. Once allied with an agent, she sold her manuscript in just a few weeks. Her first book was Milagros: Girl from Away, published by Henry Holt Books for Young Readers.

In 1998, her husband’s employer, Walgreens, transferred the family to Richmond. They have two daughters and one son, now in their 20s.

Medina’s experiences as a youngster come to life in her books. Burn Baby Burn is about a young woman facing her fears during the “Son of Sam” serial killer attacks in New York City in 1976 and 1977.

In Tia Isa Wants a Car, the family savings go into two piles, one “for here” and one for family members living far away — to help them move to the U.S. someday.

“My life is all over the books,” she said. “Three people become one [character], but they are fictionalized. They are based on people I’ve really known. I can still remember so acutely situations that would come up — painful things.

“The job [of a children’s author] is not to teach a lesson. The job is to lay it out for them realistically so they can think about themselves and what’s happening.”

Her best-selling books have had an impact on many students. “From novels for middle grade and high school readers, all the way to brilliant picture books for the younger ones, Meg’s writing is warm, real, and unforgettable,” said Lucinda Whitehurst, librarian at St. Christopher’s School. “Meg is a huge star in the children’s literature world and deservedly so.”

One of her most exciting projects is a children’s picture book about U.S. Supreme Court Associate Justice Sonia Sotomayor, the country’s first Latina Supreme Court justice.

The book is part of Penguin Random House’s She Persisted series, started by Chelsea Clinton, presenting 13 pioneering women in history.

Medina interviewed Justice Sotomayor, of Puerto Rican descent, when they both spoke at a Texas Library Association meeting. The book will come out in June of this year.

She just signed a contract with Candlewick Press to publish the third in her Merci Suárez trilogy about a seventh grade Cuban-American girl navigating through changes in her life.

Influence beyond her books

Locally, Medina works on community projects that support Latino youth and literacy. For 10 years, she ran a summer reading program with the Richmond public libraries.

“Meg Medina has had a huge influence on my life and on my work. Her writing touches people of all ages,” said Barbara Haas, T. C. Boushall Middle School librarian. “And she’s a wonderful human being.”

She also devotes time to programs around the country. For Minnesota’s Hamline University, Medina teaches graduate students who want to become writers. She volunteers for the Library of Congress’s literacy awards committee.

She is a founding member of We Need Diverse Books, a nonprofit that is pushing the publishing industry to “produce and promote literature that reflects and honors the lives of all young people,” according to its website.

Medina serves on the Equity and Inclusion Committee of the National Board of Advisors for the Society of Children’s Book Writers and Illustrators, where she’s working to “change the statistics,” to generate more books by and about people of color.

A University of Wisconsin survey of 2018 children’s books found that half of all 3,134 children’s books reviewed featured white children. Five percent of children’s books depicted Latinx characters, 10% African or African American and 7% Asian-Pacific Islander. A 2020 Lee and Low survey found that 76% of publishing industry staff and literary agents are white.

“We have a long way to go,” Medina said.

Medina has advice for anyone who aspires to write children’s literature.

“You must work on the craft,” she said. “You have to work at getting your voice, how to write for children, how to hear the voice of children, and how to tell stories that resonate with them.”

Medina sees today as an exciting golden age of literature for young readers, a time to push boundaries.

“We can offer classic stories, but we should also offer books to help them understand themselves,” she said.