Some books that shine a light on justice 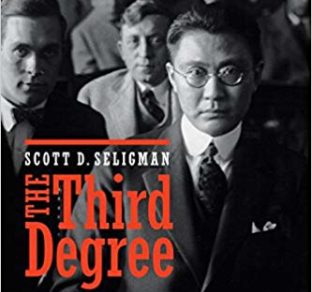 The District of Columbia has by far the highest number of lawyers per capita, compared to any state. Whether here or abroad, the ideal of justice — the evenhanded prosecution of the guilty and exoneration of the innocent — is a never-ending quest.

You needn’t be a member of the bar to be enthralled by these fascinating accounts of crime and justice.

Lincoln’s Last Trial: The Murder Case That Propelled Him to the Presidency, by Dan Abrams and David Fisher, 320 pages, Hanover Square Press hardcover, 2018; paperback, May 2019

Lincoln appeared in 2,000 cases during his two-decade long career. In the 1859 murder trial of Quinn Harrison in the courthouse of Springfield, Illinois, Lincoln argued self-defense in representing his client, a young man who stabbed an acquaintance during a heated fight.

Lincoln’s presentation, in this, his 27th murder case, exemplified the demeanor that brought renown to the future president — logical reasoning, deft analysis, thoughtful questioning, a reputation for honesty, clear and effective orations, homespun appearance, a passion for justice, respectful and friendly relationship with the opposing counsel, folksy wit and warm camaraderie with his small-town neighbors.

Lincoln’s Last Trial is engaging to read and an important addition to Lincolnia. The progress of the trial and the verdict will be of interest, no doubt, but the larger tableau presented is of great importance in adding to our understanding of the talents and skill of Abraham Lincoln.

Conan Doyle for the Defense: The True Story of a Sensational British Murder, a Quest for Justice, and the World’s Most Famous Detective Author, by Margalit Fox, 352 pages, Random House paperback, June 2019

Sir Arthur Conan Doyle, famous as the creator of the fictional detective Sherlock Holmes, was involved in righting a real-life miscarriage of justice.

Conan Doyle for the Defense deftly relates the tale of a murder in the early twentieth century in Glasgow, Scotland, and the wrongful conviction of an immigrant outsider, Oscar Slater.

The circumstances surrounding the ultimate vindication of the man wrongfully imprisoned at hard labor for 18 years — after being reprieved from execution — form the basis of this intriguing book.

Journalist Margalit Fox takes us back in time to describe the social milieu in which the events occurred. Conan Doyle for the Defense reminds us that individuals in every generation must come forward fearlessly to seek justice and right wrongs, though they may not find honor and praise in their lifetimes.

Whether you read this book as a fascinating true-crime thriller or as an account of the failures of a flawed justice system, it will be well worth your time.

A century-old D.C. murder trial is the basis of this fascinating account of crime and punishment. The suspect of a gruesome triple murder proceeds through the halls of American justice in the case of Ziang Sung Wan v. United States.

This book addresses issues of racism against minority defendants, coercive police tactics (the third degree) and forced confessions, the morality of the death penalty, and the importance of skilled legal representation from trial through the appellate process.

The Supreme Court, in its unanimous decision, added another building block to the edifice that would be crowned by the Miranda decision in our day. The seven-year saga from the commission of the crimes to the legal resolution is subject still to varying interpretations.

Seligman, a historian and writer, presents the story in lucid prose unencumbered by legalisms. Residents of D.C. will enjoy descriptions of places and neighborhoods — the ghosts of some are still discernible a century later.

U.S. District Court Judge Richard Gergel has written an account of a pivotal incident in the struggle for civil rights that, unlike Rosa Parks and the Montgomery bus boycott, has largely been forgotten.

On Feb. 12, 1946, African American Sergeant Isaac Woodard was beaten and blinded by the white police chief of Batesburg, S.C. The decorated World War II veteran, en route home by Greyhound bus hours after being discharged from the U.S. Army, had been taken into custody in uniform.

The racist atmosphere of Jim Crow restrictions and frenzied lynch mobs had confronted black veterans as they demobilized and returned to their Southern homes.

At the time, the blinding of Sergeant Woodard became a cause around which civil rights activists coalesced through the media and into the public consciousness. Among those moved by the horrific story was President Harry Truman.

Nonetheless, the police chief was acquitted. Judge Waties Waring presided at the jury trial, and his rulings in subsequent civil rights cases were powerful.

The executive actions of President Truman in establishing a civil rights commission and desegregating the armed forces — including schools on military bases in the South — made a meaningful difference. His Justice Department’s filing of amicus briefs in support of private NAACP court actions to end discrimination and enforce the Fourteenth Amendment were pivotal.

Unexampled Courage follows the incremental judicial decisions culminating in the Brown desegregation ruling by a unanimous Supreme Court. The denial of justice to one individual ignited the flame of justice for all.