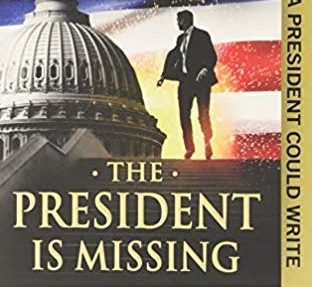 Open a book to while away the long, warm days ahead. This summer, become engrossed in a fictional tale expertly devised and creatively concocted by these veteran authors.

Frederick Forsyth is a bestselling British author and octogenarian who has entertained readers for decades. His first thriller was published 50 years ago. The Fox is his 18th novel.

The subject of this well-told tale is the war in cyberspace. Forsyth, a master storyteller, derived this taut thriller from today’s headlines. The UK, the United States and Israel confront Russia, Iran and North Korea.

Actual events are woven into the plot; easily identifiable world leaders are portrayed. Much of the action takes place at familiar sites. Concepts are deftly explained; methods are described in colorful details.

An Elderly Lady Is Up to No Good, by Helene Tursten, translated by Marlaine Delargy, 184 pages, Soho Crime

Older adults have been depicted on screen and in novels as rogues and rascals. Typically, those characters have been male, while females tend to be the crime-solvers and detectives.

For a twist on the genre, read this delightful anthology of five short stories revolving around an octogenarian protagonist named Maud. The plots will leave you enthralled and keep you entertained, and the translation from the Swedish original reads flawlessly.

Can a solitary woman nearing 90 and acting independently commit murder repeatedly while her guilt remains undetected? Seniors know they are invisible at times, off the radar screen, their behavior unobserved. Their canes and walkers facilitate mobility but also make lethal weapons. (Don’t get any ideas, now.)

Lapses in memory under police interrogation can be excused as dementia and failing memory. The stories in An Elderly Lady Is Up to No Good take these factors into account.

Enjoy the advantages of aging from a comfortable distance, knowing the blood is fake and the victims are figments of Tursten’s lively imagination. The Swedish author, who is in her mid-60s, has a devilish wit.

Since then, she has mesmerized readers with her smarts, physical agility, fearlessness — some might say recklessness — and her unlucky romantic partnerings.

The body discovered in the woods, the disappearance of the niece of Ms. Warshawski’s ex-husband, and the suspicious behavior of Dr. Herschel’s grand-nephew form the basis of the fast-moving plot.

Many current events are skillfully woven into the narrative: the shadow lives of undocumented immigrants finding menial work in the metropolis, the tactics of ICE agents, the plight of Syrian refugees, the lucrative smuggling of relics from archeological digs in the Middle East, the shady practices of inner-city storefront lenders, wealth hidden in the intricate web of offshore corporations, the harassment of women in the workplace, and the unethical and arrogant behavior of a high-flying businessman and well-known civic leader.

Action galore, finely crafted descriptions and a resolution that deftly ties all the loose ends are the hallmarks of this thriller. It was honored at the Mystery Writers of America annual Edgar Awards dinner in late April with the 2019 inaugural Sue Grafton Memorial Award for the best novel in a series featuring a female protagonist.

The President Is Missing: A Novel, by Bill Clinton and James Patterson, 528 pages, Little Brown and Company and Knopf

While this fast-paced thriller follows the well-worn formula of the genre, it’s greatly enhanced by added insights from the former president. His insider’s input makes the narrative realistic in scope and all the more chilling in detail.

Murder and mayhem with added layers of international intrigue and domestic politics make this potboiler difficult to put down.

The local venues are familiar to many of us — Nationals Park, the 14th Street Bridge, a country estate in rural Virginia. The scenarios echo the history through which we have lived.

The terrorist threats don’t seem that far-fetched given recent crises filtered through an active imagination. Readers will enjoy finding parallels with real-life personages and situations.

The short time span during which events take place in The President Is Missing — five consecutive days in May — makes the book highly readable.

The characters are well defined and the action vividly described. The premise is thoroughly examined and the ramifications of the grave choices made by President Jonathan Lincoln Duncan easily grasped. A glimpse into the otherwise bewildering world of computer coding is made intelligible and even engrossing.

The former president and the bestselling novelist make great writing partners. Bill Clinton, the 42nd President of the United States, is in his early 70s. So is his co-author, James Patterson.

Patterson has sold over 350 million books worldwide. There is no computer in his office. He writes in longhand on a legal pad. Yet, he was the first author to sell one million e-books.