When the viral coast is clear, I plan to… 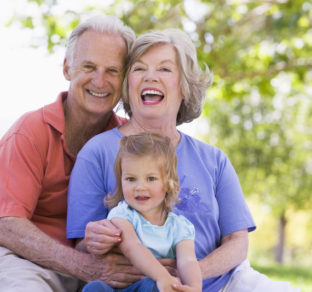 As vaccinations become more common, and hope sprouts, your faithful correspondent got seized by an idea.

Since “normal” seems increasingly possible fairly soon, what is the first thing a newly vaccinated senior citizen plans to do when the viral coast is clear?

I am no pollster, but I am an accomplished e-mailer. So, I clicked the question out to about 40 of my closest pals — both genders, various ages, widely varying personal histories.

The most common response surprised me — and might surprise you.

Others said that travel beckoned. Just as predictable. Still others said that eating at a restaurant — indoors, and not under one of those makeshift tents — would be very high on their list. Not shocking in the least.

But the largest vote came for getting back to the office. Even among some who are retired and no longer work at an office.

“I am 80 years old, and I haven’t braved rush hour traffic twice a day to get to my place of employment for more than 12 years. But I really miss my officemates (even if they probably don’t miss me).”

Why? I asked him, in a return e-mail.

“Because the bad jokes were actually very comforting in their own way. Because the latest news was always available around the water cooler. Because nothing sharpens your thinking and your performance like being around smart colleagues.

“For the last year, I have often felt as if my brain was made of mush. If I could go back to the office, no more mush.”

Another friend, age 62, is still short of retirement age. She, too, misses the office and the office crowd, but for a more practical reason.

“I’ve been working at home night and day since the pandemic began,” she said. “I’ve done my job, and done it pretty well. But not super-well.

“What’s missing are those ah-ha moments when a colleague says something, in a casual encounter, and you suddenly see a way to do your job better. There are no casual encounters on Zoom.”

A former colleague said that he not only misses “all the comedians at the office,” but also “that feeling of playing for the A-team.”

When he arrived at that familiar downtown building, “it was like playing for the Yankees. I’d walk into the lobby and mentally pull on my big-league uniform. When the elevator doors opened on the fifth floor, it was as if the game was about to begin.”

Then there’s the woman who told me that office life conferred a special benefit on her.

“Every weekday, I would dress carefully, fix my hair just so, even fuss for five minutes over which jewelry to choose. For the last year, I’ve been a total slug. Some days I don’t even make it out of pajamas. I really, really miss dressing up for work.”

One of my more thoughtful — and more ambitious — friends says he misses the office for another important reason: Working from home is stunting his professional growth.

“I’ve always been suspicious about this work-from-home mania, and the pandemic has only made me feel that way more acutely,” my friend said.

“If I am not in the office between Monday and Friday, it’s as if the bosses have forgotten about me. I’m not as likely to be promoted, to get raises, to get pats on the back. I think there’s a lot of truth in the old line about see-and-be-seen.”

One friend had a more sentimental take on being out of the office. He thinks he will never get his final dose of recognition.

“I am about to turn 65, and I can retire on my birthday,” he wrote. “I’ve worked in the same place for 30 years. I was really looking forward to a little fuss on my last day — the gold watch, but also the cheesy grip-and-grin photo with the CEO. Now, I’ll probably get neither.”

Finally, there’s my buddy Joe, the sports fan. He says he misses lunch time in the office cafeteria with his equally sports-mad colleagues.

They would spend the first ten minutes of every meal criticizing the performance of some horrible home team, demanding that some bum be traded, insisting that some coach be fired.

“It was a great stress-reliever,” Joe said. “Watching those sports highlight TV shows at home just isn’t the same.”

I know, I know, you can’t wait to hear how Your Faithful Correspondent would reply to this question.

Wait no longer. The first thing I plan to do is to hug my 21-month-old grandson. Haven’t done it in a year.

All he ever sees of my face are the parts above my mask. I can’t wait to crinkle my nose into a funny pretzel, to gnarl my mouth into a curlicue — and hear him giggle.

I’ll leave the joys of the office to everyone else.