When your best doctor friends retire 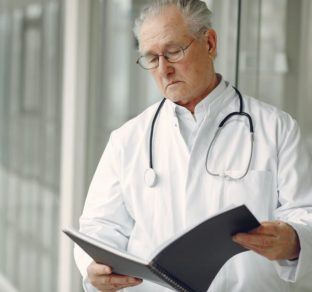 In the wider world, it has been a month of protests, disease and turmoil.

In my world, it has been a month of retirements.

In the space of one week, for a variety of reasons, three men born in the 1940s, who have been taking care of me and my family in one way or another for ages, announced that they no longer would.

First, one of my (too many) doctors folded his practice, so he could move to the beach. He has been monitoring various parts of me for more than 30 years. Super-skilled, super-caring, super good listener.

But boom, bang, just like that, he was done.

Second was our accountant. He has been keeping our family on the good side of the Internal Revenue Service for a mere 40 years. But he is nearing 80. “Can’t do this forever,” he told me.

And then, our dentist joined the parade. His wife has been ill, and he needs to take care of her. So, via a heartfelt letter to all his patients, he announced that he was hanging up his dental tools, as of just a few days hence.

All of these men are well past the normal retirement age of 65, so none of their departures is a shock, at least not if you believe in smelling the roses.

But I had leaned on all three of these guys, confided in them all and let my hair down when with them. They were not just skillful professionals. They had become my friends.

I can, must and will replace them all. But as I begin the process of auditioning possibilities, I have come to grips with what I’m really seeking.

This is not necessarily the best approach, I realize. I should not be evaluating replacements based on how much fun they would be at a dinner party.

I should sift through their professional credentials, get recommendations, discuss pre-existing conditions and pre-existing tax problems, and do all the box-checking that a 70-something guy has learned how to do.

But the truth is, I want replacements whom I like.

I want to listen to tales of medical school romances from my next doc, as I did from the last one.

I want to hear about boyhood baseball games from my next accountant, just as I did from the former one.

And I want a dentist who exemplifies Murphy’s Law of Dentistry, in the same way the old one did.

Here’s the law: The dentist always tells you his best jokes when your mouth is so full of probes and drains that you can’t laugh or respond without risking a choking fit.

So, am I wrong to want to hire the person, and not just the expertise? I’ve floated this question past several friends, all of whom are in my age bracket, and many of whom have faced the same fork in the road.

To the surprise of no one, the verdict split right down the middle.

Said one woman who has seen about 20 doctors in the last ten years for various problems: “You have to like the person. Otherwise, you’re just rolling the dice.”

Said another woman who has been with her current dentist since Jimmy Carter was president: “I’ll never replace his experience, so I might as well try to replace his sense of humor.”

Said a guy with whom I used to work: “If you go all gooey and sentimental about this, you might pick the wrong person. Your teeth and your bank statements will never forgive you.”

So, I’ve resorted to my old standby: Debating that face in the mirror. It goes something like this:

Bob: “What you’re really saying, old man, is that you don’t like change, and you don’t think anyone younger will be competent.”

Mirrorface: “Guilty as charged on both counts. But do you blame me? Experience gets the job done.”

Bob: “Yes, but a dentist who is 35 has had the same amount of training as a dentist who’s 76. Besides, his training has been more current and probably more comprehensive.”

Mirrorface: “Don’t laugh at me, but he probably won’t have any gray hair. When my former guy was scraping away in my mouth, I’d look at his gray hair and feel comforted, the same way I like to see gray hair aboard the pilot of my plane.”

Bob: “As for doctors, they can always consult with many others if they’re stumped by what’s wrong with you. That means some 35-year-old isn’t going solo. He seeks help, and he gets it. What’s not to like?”

Mirrorface: “I’d miss that moment where my former guy says, in his grandfatherly way, ‘OK, let’s have a look.’”

Bob: “And your worries about a new accountant are silly. They’re all licensed. They can all add. Any new guy will be the same as your old guy.”

Mirrorface: “No, he won’t. The new guy will never have hit a home run in the Little League in 1954 that he can still describe to this day.”

I keep promising my wife and myself that I will find and choose replacements soon. But it all feels uncomfortable and uncertain.

So, I did what any citizen of the modern world would do. Googled, “Can I please make it be 1985 again?”

“Old man,” I told the mirror, “it’s time to accept the passage of time.”