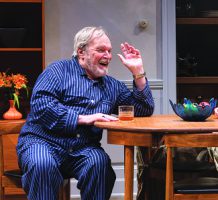 The Father begins abruptly, right in the middle of an intense conversation. One moment you’re in your own world, a theatergoer out for an evening of entertainment, just settled into your seat at Studio Theatre’s Metheney Theatre.Boom! You’re in someone’s…no several peoples’… nightmare, even if it’s not immediately apparent... READ MORE 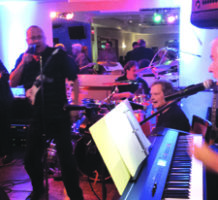 Shades of gray keeps it rockin’

Ken Hunter got hooked on playing guitar back in the fourth grade, when he and a classmate went on their first “tour” — to other classrooms to play and sing in Everly Brothers-type harmony. By age 10, they played on Falls Church-based WFAX radio. And even though as a kid Hunter was rejected from “Ted Mack’s Original Amateur Hour,” the Woodbridge, Va. resident is still playing... READ MORE

Sally Field had a chance to cross The Glass Menagerie off her bucket list 13 years ago. It didn’t take.The Emmy- and Oscar-winner is once again playing Amanda Wingfield, the fearsome Southern belle at the heart of the Tennessee Williams’ masterpiece. Field may have played her at the Kennedy Center in Washington, D.C., in 2004, and yet, here she is, playing her again on... READ MORE 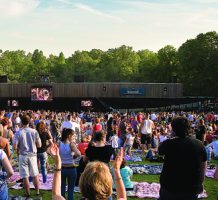 The stars come out for Merriweather’s 50th

“Oddly enough, the older you get, the happier you get.” Paul Simon, who will be appearing at Merriweather Post Pavilion on June 9, uttered those words, not yet set to music, during a recent interview with the BBC as he was entering his 75th year. A couple of years earlier, in his album You’re the One, he had this to sing about aging: The human race has walked the earth for... READ MORE 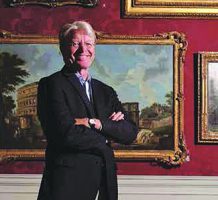 Insider: Days and nights at the museum

If you live in Baltimore, you know the Walters Art Museum. But just how well do you know it?Thanks to Gary Vikan’s recently published memoir, Sacred and Stolen: Confessions of a Museum Director, the next time you visit the Walters, you’ll have a greater appreciation of just what goes on behind the scenes of an internationally renowned museum — one Baltimoreans are... READ MORE 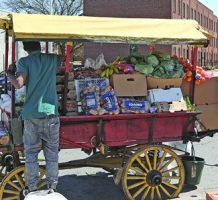 Come get your fresh fruit and vegetables!

The Last of the Mohicans is how Donald Savoy III described the remaining handful of arabbers left in Baltimore on a sunny Wednesday, while watching a fellow horse-drawn cart vendor load up with fresh fruit and vegetables.Almost every day, fresh produce sellers known as arabbers, all African-American, take to the streets of Baltimore with a horse and a cart to sell to residents around the... READ MORE