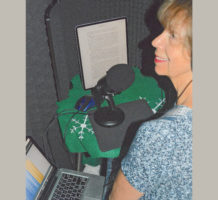 “Afternoon drive host” Nicole Lacroix recently brought Classical WETA listeners Beethoven’s Symphony No. 7 and Rachmaninoff’s Symphonic Dance #1. She then spent time in a shoe closet, recording a pandemic mystery novel. All in a day’s work for D.C. native Lacroix, 67, who for the past 20+ years has helped air the classics over WETA, 90.9 FM. She has also just completed... READ MORE 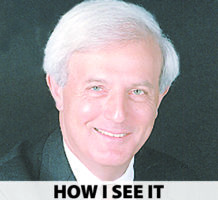 When someone nears a precipice, help

When his wife was alive, he was a rock. Government executive. Nonprofit board member. Husband/father/grandfather. Always willing to donate an hour or a dollar to someone in need. But then cancer took her. They had been married for more than 40 years. For a few weeks, he remained a rock: No, thanks, don’t need anything. Yes, going to stay right here in the house. No, won’t change a ... READ MORE 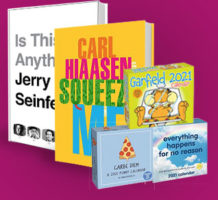 The Bibliophile Whether it’s an anthology of jokes, a humorous caper or a fun-filled calendar, start 2021 with a clean slate and a good laugh. Is This Anything? by Jerry Seinfeld, 480 pages, Simon & Schuster hardcover, 2020 Comedian Jerry Seinfeld shares his 45-year compilation of routines arranged by decade and topic. No muddling through a memoir, no soul-searching prose. No... READ MORE 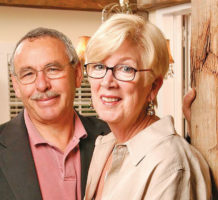 A spy reveals her life in disguise

“Don’t look back” — someone is definitely following you. “Use your gut” to choose your next move. Are you being bugged with microphones and cameras in the walls of your office or apartment? “Assume that you are.” As you drive to a crucial meeting with an asset, if you realize you’ll be boxed-in by other vehicles, scoot away. Then, before you duck out of the car,... READ MORE 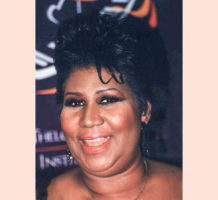 Women’s Hall of Fame makes up for past

By The Associated Press Posted on December 23, 2020

“Queen of Soul” Aretha Franklin and Nobel laureate and Beloved author Toni Morrison were inducted into the National Women’s Hall of Fame in December as part of a posthumous class of Black honorees that also includes Henrietta Lacks, whose cells were widely used in biomedical research; Barbara Hillary, the first Black woman to travel to both the North and South Poles, and civil rights... READ MORE 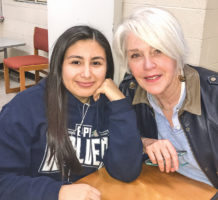 In 2016, the World Health Organization embarked on an ambitious campaign called the Global Campaign to Combat Ageism. The campaign was necessary, according to the WHO, since “unlike other forms of discrimination, including sexism and racism, [ageism] is socially accepted and usually unchallenged.” Recently, a team of researchers at Cornell University, working on behalf of the... READ MORE 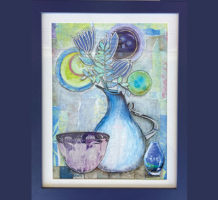 Amateur artists honored by Fifty Plus

From wood sculptures to paintings, artwork from the Richmond area poured into this year’s Celebration of the Arts amateur art competition sponsored by Fifty Plus and its sister publication, the Beacon. Our seven judges, experts in their categories, selected several local artists for honorable mentions. Mixed Media Honorable Mention Cathe Hart Kervan, Mechanicsville, Va. As a child,... READ MORE

At the gateway to the historic black community of Jackson Ward, a light-filled, street-level building is brightened by the colors of Africa: rich reds, yellows and greens. This is the headquarters of the Elegba Folklore Society, a cultural arts organization at 101 East Broad Street, whose mission and outreach are different from other Richmond museums. The society, established 30 years ... READ MORE 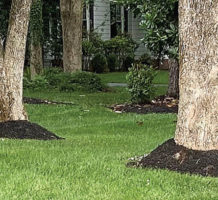 As I grew up, my gardening mentor was our elderly next-door neighbor. She instilled in me a love for plants, although I don’t remember any of her aphorisms. However, since I’ve become a Master Gardener, I’ve heard quite a few questionable adages from homeowners and other gardening enthusiasts. Master Gardeners only provide information that has been proven through non-biased... READ MORE

Seeing the shades of gray in politics

For better or worse, we will be dissecting the 2020 election results for many months. So, I’d like to dust off my scalpel and dissect a group of voters. For better or worse, I am very familiar with them. Older Americans. We vote more often than any other age group. We give more money to candidates than any other age group. We do phone banking and door-knocking as much as,... READ MORE